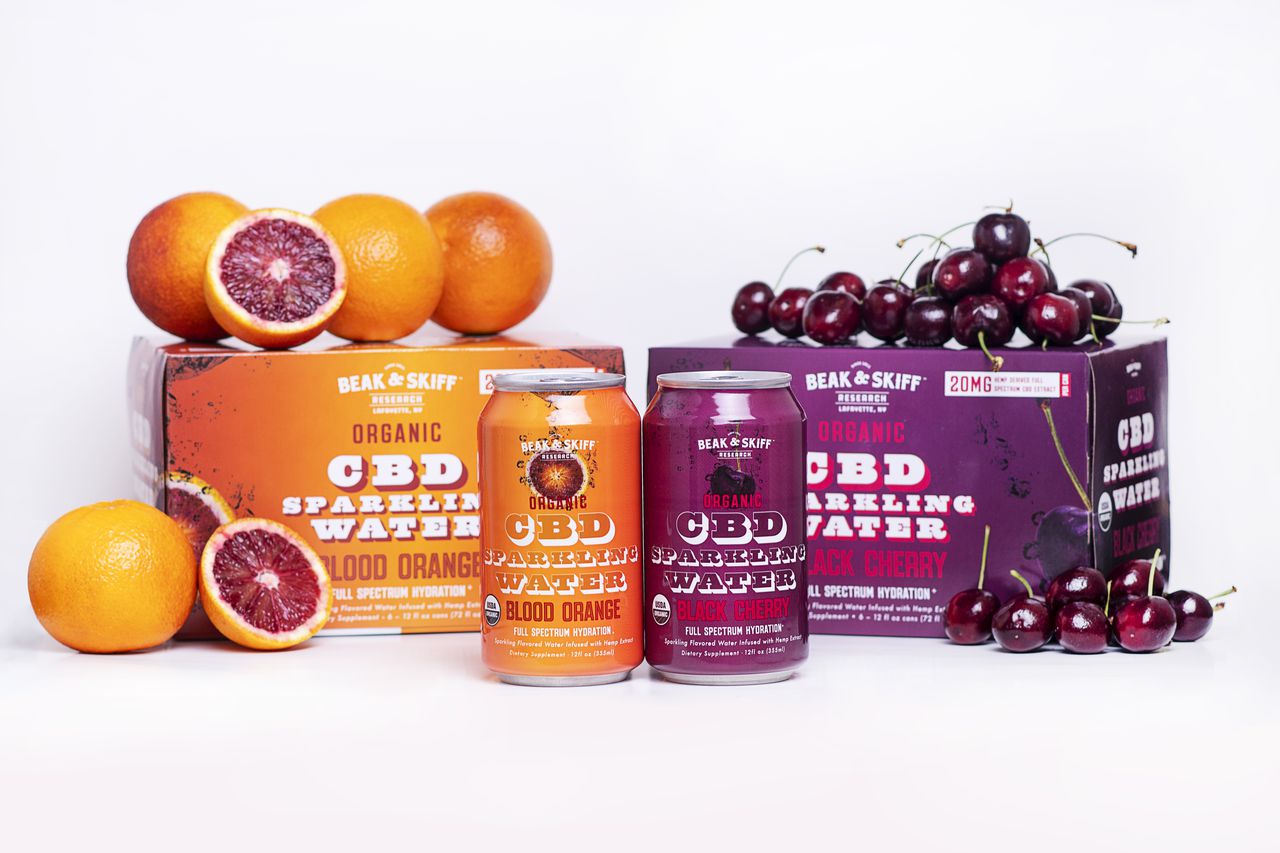 It’s labeled as a dietary supplement, but it can’t be advertised as having any specific medical benefits.

It contains CBD, but no alcohol. And it’s certified organic.

Meet the newest product from Beak & Skiff, the Central New York company whose business started with apples, moved into agritourism, and has spread to sweet and hard cider, whiskey and vodka, and more recently to cannabis.

In its initial launch, starting today, it comes in Black Cherry and Blood Orange flavors. It’s available at the online Beak & Skiff shop and at the retail store at the company’s 1911 Distillery on Route 20. It will soon be sold in selected retail stores across the state.

“Its puts where we want to be: At the forefront of the hemp and cannabis industry in New York,” said Eddie Brennan, president of Beak & Skiff Apple Farms in LaFayette.

Beak & Skiff’s CBD-infused sparkling water is one of the first new food and beverage products to debut from a major producer in New York since the state clarified its regulations on CBD and other hemp/cannabis-extract products last year.

“It’s not the first product of its kind, but it’s the first to come from a big Upstate manufacturer,” said Kaelen Castetter, vice president of the New York Cannabis Growers and Processors Association and a partner in Empire Standard, a major hemp extract processing and distribution business in the Southern Tier. “Its is certainly one of the first big retail market developments in New York since the state’s new rules came into effect.”

It’s also Beak & Skiff’s second attempt at a CBD-infused beverage. In 2019, it produced a CBD-infused Cold Brew Coffee but had to pull it from the shelves when state officials declared it illegal under the regulations of the time.

Beak & Skiff’s new CBD Sparkling Water meets all the current New York rules and standards “and even goes above and beyond them,” Brennan said.

It’s produced from hemp grown on the company’s sprawling property set among the hills at and around the crossroads of Route 20 and Route 80. The CBD is extracted at the company’s Hemp House adjacent to the 1911 Distillery and is canned at the company’s beverage packaging facility across Route 80 from its Apple Hill Visitor’s Center.

The CBD itself contains less than 0.3% THC (that’s the psychoactive agent that creates the “high” in marijuana, a relative of hemp). At 20 miligrams per serving, it’s less than the 25 miligram-maximum allowed under the New York law.

While it can be labeled under the law as a dietary supplement, it can’t make other health claims. In general, CBD-infused beverages are considered to be refreshing and relaxing.

And as a sparkling water (non-alcoholic seltzer), it scores big on hot trends in beverages because it contains no sugar, no calories and is gluten-free.

“It’s going to give you, at the lower end, a feeling of general relaxation, general wellness,” Castetter said. “It’s like getting vitamins with your smoothie in the morning.”

For Beak & Skiff, the CBD/hemp business is just one more way to diversify a company that is entering its 110th year in 2021. The company, voted several times as the No. 1 apple orchard in the country, remains in the hands of more than a dozen cousins and descendants of the Beak and Skiff families.

Hemp and cannabis — perhaps even including recreational marijuana if it becomes legal — is its next focus.

“It’s part of our evolution and our aspiration,” Brennan said. “It could be more than just CBD in our future. We could even enter the recreational marijuana space. We think anything is possible.”