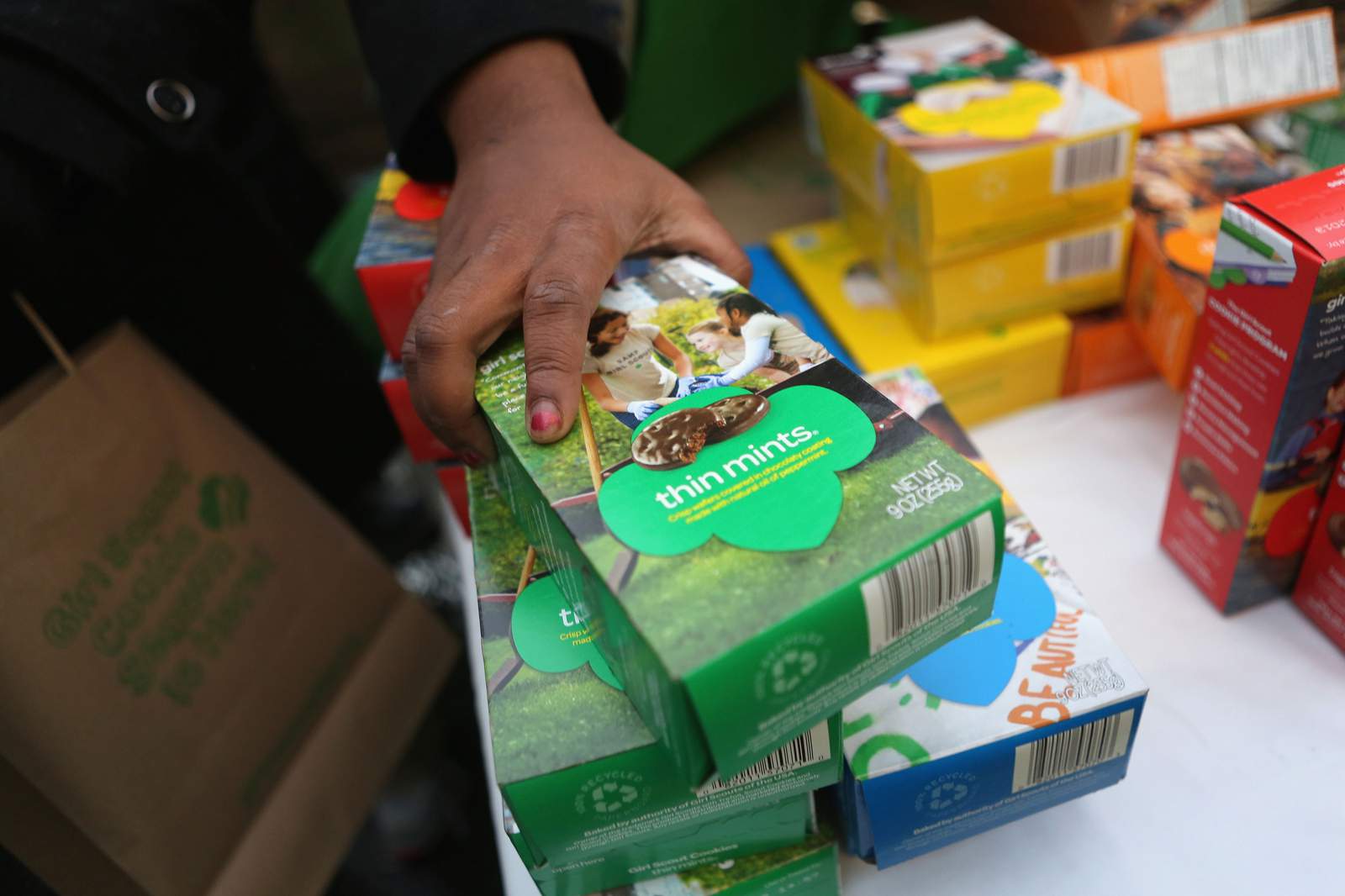 WALLED LAKE, Mich. – Girl Scout troops in Metro Detroit were reportedly prohibited from selling cookies outside of a marijuana dispensary in Walled Lake, but local organization leaders say that the troops were given false information.

Last weekend, Oakland County Girl Scouts were welcomed outside of the Greenhouse of Walled Lake cannabis store by owner Jerry Millen, who authorized the girls to sell cookies outside of his dispensary. According to Millen, the girls sold more than 1,000 boxes over a six-hour period.

Millen says one of the Girl Scout parents received a phone call from leaders at the Girl Scouts of Southeastern Michigan council, who reportedly said that selling cookies outside of marijuana facilities was against their policy.

“I am incredibly disappointed that the powers that be who make up Girl Scouts of the USA are dumping cold water on the entrepreneurial spirit of these young ladies,” Millen said in a press release Friday. “The Greenhouse of Walled Lake is a legal entity and a major contributor to the community. Scouts are seen all the time selling these delicious treats in front of grocery stores, liquor stores, etc. I am hoping that these folks reconsider their position.”

According to local Girl Scout troop co-leader Jennifer Slayden, the council reportedly said that members are not allowed to sell cookies outside of marijuana dispensaries specifically because children are not allowed to enter cannabis stores. Slayden was not the recipient of this phone call.

Slayden believes that prohibiting the sale of cookies outside of cannabis stores would be hypocritical, since troops are allowed to sell cookies outside of stores that sell alcohol — which children of course cannot legally consume.

“If you’re allowed to sell outside a liquor store, what’s the difference? If all of the parents and the business owner agree, I think that should be good enough,” Slayden said. “In the Girl Scout law, the very first line is, “I will do my best to be honest and fair.’ So we are teaching the girls to be fair, while not actually being fair.”

In a statement to Local 4, a spokesperson for the Girl Scouts of Southeastern Michigan says that the local troops who were allegedly told that they could not sell outside of the Greenhouse store were given incorrect information, and that there is no such policy forbidding troops from selling cookies outside of marijuana shops.

“GSSEM troops are allowed to set up booth selling dates on their own without approval from GSSEM. In this case, GSSEM had no information regarding this booth or the troop as they did not register the booth to have it included in our cookie locator app. Again this is not a required action, and troops do not have to notify GSSEM when they set up booths. We have contacted the troop leader to assist and clear up any confusion.”

Children in Michigan can legally consume cannabis products if registered under the state’s medical marijuana program, which must be endorsed by their parent or legal guardian, in addition to two licensed doctors. It is unclear if registered minors are allowed to enter licensed marijuana facilities in Michigan, even if accompanied by an adult. According to the Michigan Marijuana Regulatory Agency, parents who register their child with the state’s medical marijuana program are responsible for acquiring and administering the medicine to their child.

Believing that Girl Scouts could no longer sell cookies outside of his store, Millen bought 300 boxes of cookies this weekend to give away to his customers instead.

Slayden said that if the troops are in fact allowed to sell cookies outside of the dispensary, which Girl Scouts officials say they are, the girls would be glad to “get right back out there.”