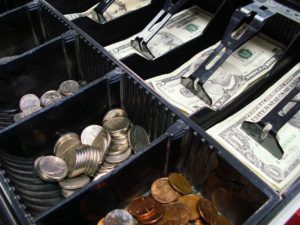 (This story has been updated to include comments from Curaleaf Holdings and information about its hiring plans.)

The state’s recreational market could be worth $375 million-$400 million in its first year, increasing to $700 million-$760 million by 2024, Marijuana Business Daily has projected.

The list shows licenses were granted to existing dispensaries in nine of Arizona’s 15 counties.

“Six of those applications remain under review.”

The company operates 15 dispensaries in the state.

“Initial sales commenced only 80 days from the election and 54 days after the election was certified, representing by far the fastest launch to date in history,” he said.

Another multistate operator, Massachusetts-based Curaleaf Holdings, also launched recreational sales on Friday at its eight existing dispensaries in Arizona. The company expects to open a ninth retail location “in the coming months.”

“In anticipation of customer demand, the company expects to increase its current team of 420 employees by 120 new hires in the immediate future,” Curaleaf said in a news release.

Arizonans approved the ballot initiative that created a new adult-use market last November, four years after voting against a previous ballot measure and 10 years after legalizing medical marijuana in the state.

However, the launch of recreational marijuana sales in Arizona won’t blow the market’s doors wide open to all comers.

The number of licenses is capped by the number of pharmacies operating in Arizona, with one license for every 10 registered pharmacies.

However, the ballot measure does allow a limited number of additional licenses, including 26 social equity permits intended to promote cannabis business ownership among “individuals from communities disproportionately impacted by the enforcement of previous marijuana laws.”

Recreational marijuana sales in Arizona are taxed at 16%.

Solomon Israel can be reached at [email protected]